Get It Ballito & Umhlanga
Home PEOPLE The love of bees
PEOPLEPersonalities

The love of bees

Passionate about the busy little winged insects responsible for pollinating our plants and increasing yield of our food crops, Trevor Thompson is a pioneer of beekeeping on the North Coast.

When he receives enquiries about his beekeeping courses, Trevor says there are always two groups of people that emerge: those who are in it for the love of the bees, and those who are only in it exclusively to make money. The latter, he says, don’t usually end up being very good beekeepers. Trevor and his wife, artist and floral arranger Sharneen, have lived on the historical Seaforth Farm near The Litchi Orchard in Salt Rock for 57 years. They have been running their Seaforth Farm bed and breakfast for 27. Trevor’s family are also well-known for having owned and run the Thompson’s family butchery for many years.

Despite the incredibly obvious respect and love he has for bees, and the fact that he has been doing it for more than 20 years, the former butcher and skilled carpenter says he never dreamed he would end up being a beekeeper. In fact, he says, laughing, it all came about quite by accident after he suddenly came into possession of a large number of pine boarding that he wasn’t quite sure what to do with. While on holiday in the Berg, Trevor saw an advert for a talk about beehives and decided to have a listen. “It was a misty, rainy day and we had nothing else to do, so I went along. Afterwards, I thought it might be a good way to use up some of the wood.” Little did he know, he would end up being captivated by these tiny, hard-working winged creatures. “It caught me completely by surprise. I was fascinated. When you look at the overall picture and see how they work and operate, you cannot doubt that there is a God. Their work ethic and ethos are all about working for the greater good. They are completely unselfish, working together in the swarm, and that’s what makes them so successful.” Trevor started out with five or six boxes and friends and neighbours began asking him to bring his bees along to their orchards. He now has more than 500 boxes and offers a bee removal service, as well as two-day, hands-on beekeeping courses in their beautiful Salt Rock garden. Bee pollination services, he says, are in huge demand, especially for macadamia nut and litchi farms. “Bees can increase a crop yield by more than 40 percent,” says Trevor, who will leave his bees in an orchard for up to three months at a time.
Moving the bees is quite a challenge, especially in warmer months when they become quite defensive. “You can’t move them during the day, as that is when the field bees are out of the hive doing work, which they start at the first light of day. At night, though, they are all inside the hive.” Bees don’t live very long, only about eight to ten weeks, and swarms can range from 5 000 to 8 000, and sometimes going up to 50 000 bees. The stronger the swarm, Trevor says, the more defensive they are. Our African bees, he says, are also the most venomous in the world, and just one teaspoon of their venom could kill you in 30 seconds!

Trevor’s amateur beekeeping courses are perfect for farmers, retired people and those looking to start a little apiary of their own as a hobby. Even if you never do any beekeeping after the course, it is a wonderful way to learn more about nature and the insects and plants around you. “You will come out of it with a much better understanding and respect for the environment, and learn a lot of things you didn’t know about the weather, pollinators and pesticides,” he says.

The courses are run over two days, with about six to eight people in each. “We start off with some theory, where I demonstrate the equipment and teach people a bit about the biology of bees and their habits.” On the second day, Trevor provides bee jackets and takes his students out to his apiary, where they can see the inside of a bee hive up close and in detail. “If there is honey, we’ll harvest it. I also show them how to combine two weak swarms and moving them into one box.” 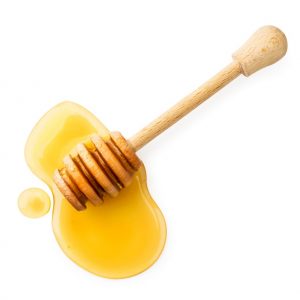 Trevor is a great resource for delicious, organic coastal honey. His dark, molasses-coloured honey is different from what most people are used to, but has an unbelievable taste and must be tried! You can buy it locally in Ballito at Homegrown at the Lifestyle Centre or at Tiffany’s Spar in Salt Rock.

Umhlanga lifestyle blogger and vlogger on a brand-new reality TV...

27th Feb 2019
We use cookies to ensure that we give you the best experience on our website. If you continue to use this site we will assume that you are happy with it.OkPrivacy policy