On March 14, blindfolded in front of four independent judges, he broke the record with the fastest rate ever of 6.073 digits per second.

Michael lives in Bedford Park with his wife, Tessa. He began his career as a magician before he moved on to mentalism. He is also one of SA’s most versatile and best sports commentators and is the owner of Powerbrain.

Michael started off as a magician at the age of 11. He was six years old when he attended his cousin’s birthday party, which included a magic show. Michael was asked to assist the magician and was instantly hooked.

For five years he attended a school for magicians over weekends and at the age of 11 he put on his first show.

After matric he studied statistics and actuarial science at the University of the Witwatersrand and won numerous awards and bursaries from various institutions. His interest in sports broadcasting started at school with his imitations of cricket commentator Charles Fortune.

In 1990 he sent a mock commentary tape to the SABC and in 1991 he started his 20-year career in broadcasting. The highlight of his broadcasting career was winning the SAB Radio Sports Broadcaster of the Year award for being the top commentator at the 2010 Fifa World Cup.

“A good commentator can help you understand the game. A great commentator will make you feel part of the game,” he believes.

He broadcast many other sporting events on TV and radio locally as well as internationally. He was also the broadcaster for the soccer game between the Chiefs and Pirates at Ellis Park where 40 soccer fans died in a stampede.

In the late 1990s Michael attended a mentalism show. “It seemed to me then that mentalism was more like intelligent magic and it was exactly my thing. Mentalism is an art form that uses mathematics, memory skills, body language, eye movement, psychological suggestion and other skills in order to influence the audience into specific (non-threatening and non-personal) courses of action,” Michael explains.

He studied the art form and became a professional mentalist. As a top sports commentator he developed amazing memory skills and has been running memory courses for the past 22 years. The course shows people how to use their brains productively in order to improve memory, spelling and concentration.

It shows people how to study effectively and how to recall information very quickly.
Michael also developed mentalism and power of the mind shows, and he performs all over the country. He was contracted to perform on the MS Rotterdam on the Holland America Cruise Line for international audiences at the end of 2014.

Are you still broadcasting?
Occasionally, when asked to work on specific projects.

Are you planning any shows for the rest of the year?
Oh yes, definitely. We’re looking at dates for stage shows, as well as shooting a new mentalism video series for my social media pages and hopefully for TV.

Your goals for the future …
To continue to enjoy life. I might look to break my own Pi record again next year. My main aim, though, is to continue to do what I’m doing, to help people from all backgrounds to maximise their brain power and fulfil their potential and to have fun with everything I do.

Motto that you live by …
Love and appreciate every minute and grab every possible opportunity.

How do you relax?
I don’t relax often, as I like to keep my brain active. Relaxation for me is solving logic problems, memorising random trivia, solving a Rubik’s cube in a very short time, learning a new language, etc. I also love travelling and meeting people from all over the world and I love cruising.

Can you give us a few tips on how to improve our memory?
In one sentence, revision, repetition and using different parts of the brain to memorise info are all vital. Info sticks in your brain if you revise frequently. The best tip I can give would be to attend my Powerbrain course, where you will learn massive lifestyle skills that will serve you well for the rest of your life. 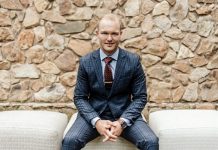 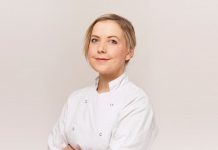 The love of Schalk’s life

3rd Feb 2020
We use cookies to ensure that we give you the best experience on our website. If you continue to use this site we will assume that you are happy with it.OkPrivacy policy