Mbombela’s Shaun Brown is not exactly who would spring to mind when thinking about your archetypal dad, any more than he’d be the first person you’d think of when the topic of parenting comes up. Unless, of course, you know him, and more to the point, the role he plays in his son Korban’s life.

Shaun is the first to admit that while he exemplifies being a dad rather skilfully, a lot of that has to do with the fact that everything in his world transformed when his little boy was born. He was living in Cape Town at the time and was looking for change, in need of a shift in his existence. The breakthrough was Korban. “He was a gift; it was as if the powers that be aligned to bring him to me, he was exactly what I needed. He brought me down to earth and made my world irrevocably whole. Many people assume that every day Korban goes home to a mom.
“It is inconceivable to an astonishing number of people that I am raising him on my own, and that it was my choice. I came from a broken home and wanted nothing less than for my child not to have to endure that, but life happens.

“When my relationship with Vanessa, Korban’s mom, didn’t work out, we accepted that, there was no animosity or anger; it was an amicable split and we simply decided to move on. Hostility and antagonism are what I believe make everything so much worse for children, they pick that up and feel torn and miserable. It’s destructive and selfish.”
To listen to him is to understand that this bond is indestructible, and that this relationship is just as it is meant to be. After the break-up, Korban, who turned 11 in May, lived with Vanessa, spending every second night with Shaun. “When the opportunity came to move from Cape Town to Mbombela, I had to take it, it meant the new life I so desperately needed. It also meant leaving my little boy behind, a heartbreaking concept. We both took it hard, and our telephone calls every night inevitably ended in tears.”

The first time Korban came out here to spend the holiday with Shaun in his new home, they knew that he wouldn’t be going back to Cape Town.
“I phoned Vanessa,” Shaun smiles. “And told her that he really wanted to stay, and she laughed. ‘I was expecting it’ she said. She’s a really good mom, and we both have a good relationship with her, Korban sees her every holiday, but then he comes home to me, so it’s kind of like having the best of both worlds!” Shaun and Korban have settled into their own routine, and life, to all intents and purposes, is just as it should be. “Our morning routine is important,” Shaun says. “I wake him up, then get his breakfast ready and hop into the shower, where he joins me after he’s finished eating.
“Time spent together is obviously important, but just as crucial are the boundaries and habits you set. Kids need to know that there is structure and order in their lives, not chaos and constant upheaval. It makes for strong, independent and well-adjusted adults.”

Independence is high on Shaun’s list of priorities, and from an early age Korban has been taught the importance of standing on his own two feet. “Sometimes, life gets him down, as it does. He’ll come home from school and feel sad or introspective about something, and we’ll chat about it. I always try to understand and make him feel better, but the important thing is to realise that while life can get you down, you choose how you allow people to affect you. No one can make you feel unworthy or miserable without you allowing it. It definitely helps, having each other and being as close as we are.” Korban’s sense of belonging and trust in himself comes from being included in everything his dad does. “We are always together,” says Shaun, “if he isn’t welcome, then I don’t go. It’s that simple. But I don’t baby him, we have more a ‘best bud’ kind of relationship, although make no mistake, when the time comes for discipline, I’m his father. But I take him aside and explain what he’s done wrong; I firmly believe you never reprimand your child in front of other people. “And then it’s back to being daddy again!” he smiles, with a half-stern grin. “I can play the mommy role if necessary, but I also know I won’t ever be able to fill those shoes, and the beauty of it is I won’t ever have to, because we have our own special understanding.

And at the end of the day, each of us is all the other one has.” Having said that, they are not all alone in the house, they share their lives with a couple of somewhat exceptional creatures, Monty, the black pastel ball python and Snow, the spot nose butter python. “It’s quite funny, really,” Shaun laughs. “I was always a bit wary of snakes. Then we found a corn snake at home and I had to catch her. In a nutshell, I ended up having her wrap herself around my fingers, twining her supple body this way and that, and I thought that hey, this wasn’t so bad after all.” Looking at this man, it is immediately apparent just how important it is that society understands that perception is not necessarily reality, and that often what you observe in someone based on a defined notion is in fact not reality at all. Friedrich Nietzsche said, “All things are subject to interpretation. Whichever interpretation prevails at a given time is a function of power and not truth.” What you see is not always what you get, something that Shaun’s wicked side loves to play on. “Yeah,” he smiles. “I love the shock – sometimes disapproval – on people’s faces. They perceive me a certain way and then get to know me, and find that their perception was totally off, to say the least.” Not that he’s a pushover, he can be tough and determined; and he knows exactly what he wants. “Balance,” he muses. “Balance is important to me. I’m a Libra, so I always weigh everything up, actions and consequences.”Shaun got his first tattoo when he left school, one of stunning, bold tribal designs. “ They were a sign of rebellion,” he laughs. “Breaking out and being on my own. I was a bit wild in my youth, but Korban changed that. When you love a child that much you’d do anything, give anything.” The dragon on his back represents his sense of self, and came after the break-up of a long relationship. “It was like a rite of passage. It embodied my sense of self, and the fact that I didn’t need anyone else’s approval. On the other hand, the Chinese dragon and the samurai symbolise protection, and my role as defender. When it comes to my son, he knows I would do anything for him, and that no matter what, he’d always be safe with me. In a way, I see it as portraying myself as two different people.After all, who is Batman, really? Who is Superman, or Spiderman? “They are Bruce Wayne, Clark Kent and Peter Parker. Am I saying I’m a superhero? Yes, most definitely. My son says I am!” he laughs, but there is a hint of steel behind the words. “I might be just some guy to the rest of the world, but I’m someone’s superhero, and when all is said and done, that is all that matters.” 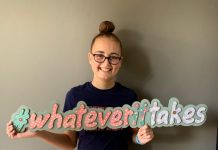 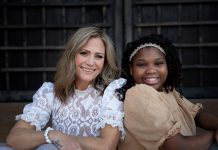 20th Sep 2019
We use cookies to ensure that we give you the best experience on our website. If you continue to use this site we will assume that you are happy with it.OkPrivacy policy