While trends may come and go, true art will stand the test of time. It is this unwavering respect for expertly crafted timepieces that drives Gerrit van Vuuren to provide a
service of excellence.

Nelspruit Watchmakers celebrates its 40th year in existence this year. Originally opened by Gideon and Bettie Booysen in 1979, the keys to the store were handed over to Gerrit five years ago when the couple decided to retire. “It was a daunting task to take over the business that had been run so well for so many years. I had big shoes to fill,” he says. But the shared passion for watches has seen the business go from strength to strength and today, with his wife, Dawn, the business is run with pride. “We are privileged in that we don’t see what we do as a job, but a passion,” she smiles.

“We don’t give up, and go to great lengths to find the right parts for the clocks or watches we repair. It’s always a wonderful sense of achievement when we can get a timepiece working again.”

She tells of a customer who brought in a watch that his father had bought with his first pay cheque. “We were able to service it to get it working and keeping time again. We then replaced the glass and he chose a new strap and walked out with a watch that looked brand new, despite being older than he was.”

Although Gerrit has always held an appreciation for watches, it was while working as a goldsmith in Johannesburg that his passion was ignited. “I worked for a jeweller who sold watches on the far upper end of the price range. I became fascinated with the craftmanship that goes into making those kinds of watches and started looking at them in a totally different way. Now I appreciate more what is inside than that which is on the outside.”
Dawn quips that Gerrit at one stage owned nearly 50, ranging from vintage wind-ups to automatics. “Just as I would choose an outfit to wear each morning, he would choose a watch!” Tools of the trade

The Van Vuurens have witnessed changing trends in watches, but note that timeless classics are always in fashion. “When we took over I questioned how much demand there would be for watches considering how many people use their cellphones to check the time. But it was surprising how many younger people have a passion for them. It’s a status symbol and I don’t think it’s something that will disappear. While the world is moving towards electronic watches, there will always be people who appreciate craftmanship and want a statement timepiece,” says Gerrit.

Dawn adds that there is always a demand for watches, with all the numbers that children need to learn to tell the time.

So what makes time stand still for the couple? “Getting in the real McCoy in a sea of fake counterfeit watches. Now that is a thrill!” says Dawn. “How many people can say they had a real Rolex in their hands? It keeps you on your toes because you understand its value.” Gerrit adds, “Working on a Rolex is special because the craftmanship is beautiful. The Swiss still make watches like it is an art. There is so much detail in the mechanism and each part has a number so you can look up where and when it was made. It’s the inside that makes a watch expensive, not necessarily the name.”

Despite an increase in popularity of electronic watches, he says wind-ups and automatic watches that wind themselves up through movement of the wrist will always stay in fashion due to their uniqueness.

“This is true craftmanship and it requires a special skill to make and repair them. To service newer watches is not a challenge and there are not many people who can still work on the older ones. We managed to retain staff in the workshop who have been working in the store since it opened. That kind of knowledge is so rare and I was able to learn a lot from them.” Dawn, however, notes that fixing clocks takes time and money, which few people are willing to spend, rather opting to buy a new, cheaper one and using the old antiques as ornaments. “To go through the mechanical mechanism on a clock to make sure everything is in working order and keeping time is time-consuming. Spares are also scarce and often only get imported twice a year.

She says the joys of having a business that has been open for so many years is that many customers become like family. “That is where the success of any business lies – when the same customer comes back again and again. Then you will stand the test of time.” 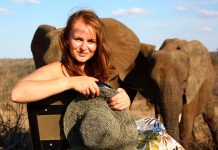 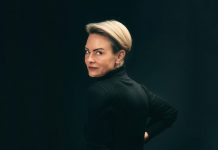 30th Jun 2020
We use cookies to ensure that we give you the best experience on our website. If you continue to use this site we will assume that you are happy with it.OkPrivacy policy