Get it Lowveld
Home Lifestyle & Travel Brewing in the clouds Plan a weekend drive from Mbombela to Mashishing and leisurely cruise up the Long Tom Pass. Take in the picturesque scenery of the Panorama Route – if the mist allows it – and lean into turns winding through the emerald hills. As you reach an altitude of 2 070 metres, turn left into Hops Hollow for comfort food and handcrafted beer.

As you stop at Hops Hollow Country House, you are kindly greeted by Abby, Kaptein and Kaiser – two Border collies and a Weimaraner – or, the “welcoming committee”, as Heidi Mckechnie puts it. She has been managing the dog-friendly guest house, restaurant and “highest brewery in Africa” for just over two years now, and it seems to come as second nature. The first thing Heidi does when guests arrive, is take them for a beer tasting; while also sharing Hops Hollow’s history in-between each of the six delightful tasters. They have a German ale called the Digger’s Draught and the Blacksmith’s Brew, a Belgian white beer with hints of ginger, naartjie and coriander. There are also English ales: the Old Bull Bitter with a fuller taste; and the Mac’s Porter, which – due to the dark roasted barley – has a slight coffee aftertaste, but is lighter than a stout. The brewery was built in 2001 and the current owners, Willie and Magdaleen Botha, bought the business in 2008, taking over from Theo de Beer, brewer and owner of Anvil Ale in Dullstroom. “Willie and his son’s background is in chemical engineering, and that’s how we got to the next beer…the Tapper’s Brew,” Heidi continues with the history lesson as we slowly sip on their only lager, loosely based on a Bohemian Pilsner style. The logo presents a man tapping alloys in front of a scorching furnace. “This is Willie’s beer,” she adds.

“The next one is little Willie’s beer, but Willie Jr is double the size of his dad,” she carries on with a smile as warm as the fireplace behind us. “This is our latest beer, Leila on the Lash”. They had a competition on their Facebook page to decide on a name for this red Irish ale (with rooibos and honey) and “Leila on the Lash” won two years ago. “It is slang for an Irish party girl,” Heidi laughs. Their brew is low in alcohol (4%), they use their own crystal-clear spring water to produce it and there are no preservatives in it, therefore it doesn’t travel well or have a long shelf life. You have to pay Hops Hollow a visit to experience it for yourself. They do, however, provide kegs for functions and weddings and often have a beer tent at the Farmhouse Market at Glen Cullen Estate in Middelburg.

The brewmaster, Colin Ntshangase, has been at Hops Hollow for almost six years now. “I studied food technology in Durban,” Colin explains while standing in the cool brewery – visible through glass from the bar and pub. When he finished his studies, he learnt most of what he knows at a small brewery in Durban and at the Old Main Brewery in Pietermaritzburg. When his girlfriend moved to Mpumalanga, he followed and soon noticed Hops Hollow. “I saw this place and they needed someone with my skills,” he adds, smiling broadly. “It’s been great and I love making beer,” Colin shares, as he takes us through the 21-day process. “When I first started – even when it was only a stepping stone with the big guys – I absolutely fell in love.” When asked whether he would ever tire of beer, Colin simply grabs his belly, jiggles it, shakes his head and laughs, like the jolly Santa of brewing. Although he adores all of his creations, the Old Bull Bitter is his favourite.

When it comes to the food, Heidi is in charge. Before Hops Hollow, she had a restaurant at the White River Country Club. Their most popular dish is the lamb curry, which is often sold out. “I almost can’t keep up with the demand,” she admits. “And we are very lucky. We have locals and visitors from afar supporting the business. People from Hazyview, White River and Mbombela will drive through to come eat here.” Heidi sees their secluded location as a positive factor and definitely not a deterrent. “We are high up and it is always cooler here, much colder than Mbombela,” she explains while seated in the cigar lounge, which boasts a vintage cast iron fireplace. “There are also fireplaces in our new rooms and whether we have electricity or not, it is always lovely up here,” she adds. “Especially in the evenings.”

Hops Hollow can accommodate 31 overnight guests and have recently added the finishing touches to three outdoor en suites. They also cater for intimate weddings and conferences. “The last wedding we did was for 40 people, which is a comfortable number,” Heidi explains. “And we have a 40th birthday party coming up soon.” Visitors can go for a walk on the 62-hectare property and will most likely spot an eland or two. “We are surrounded by nature reserves and there is a herd of 280 eland in the mountains. They come up right to our doorstep,” she explains, while showing what’s left of her veggie patch.

Heidi describes the country house as a “really lekker place”. It feels a bit like taking a step back in time, with their farmhouse accommodation, hearty country cuisine, fires roaring in every corner and the Beatles and bands alike booming in the pub. “Look, we realise we are in the middle of nowhere,” she adds. “Therefore, when people come here they need to be served the best coffee, food and beer.” Guests often only come through for the day, but end up staying overnight as well. “It is the type of spot where you and your friends can really get stuck and enjoy yourself.” Get in touch
Hops Hollow Country House on 0132358910 or visit www.hopshollow.co.za

Long Tom Pass
The misty and mysterious Long Tom Pass is a must-see when visiting this area. Scenic roads meander through stunning mountain ranges, each with its own fascinating history. Originally the route taken by the pioneering transport drivers moving goods from Mozambique to Lydenburg. One of the areas the road winds through is known as The Devil’s Knuckles, a treacherous stretch where many wagons tumbled to their doom. The pass gets its name from the Long Tom cannons used in the Anglo-Boer War. Four of the 155mm cannon guns were purchased by the Boers and nicknamed “The Frenchmen”. The British had other ideas and called them “The Long Toms”, and that is the name which stuck and is still used today.

Lone Creek Falls
One of the most sought-after and well-known destinations in the area is the Lone Creek Falls. You will find the falls after a short walk through magnificent indigenous forest, about 9km from the Old Sabie Road and approximately 200m from the parking area, easily accessible for nature enthusiasts, hikers and waterfall hunters of all ages. The waterfall is breathtakingly beautiful, and plunges 70m down into the creek. There are picnic facilities nearby for those who want to stop and soak up the surroundings. Lone Creek Falls have been declared a national monument.

Horseshoe Falls
You’ll find the beautiful Horshoe Falls approximately 4km off the Old Lydenburg Road, along the Sabie River. The trail to the cascading falls is a short walk through beautiful scenery, filled with magnificent bird, plant and wildlife. The aptly named falls – circular in form and shaped like a horseshoe – are a rather unique and unusual sight, and while not as high as Lone Creek, they are every bit as breathtaking. A picnic can be enjoyed after a refreshing swim in the pools; or a walk through the tranquil and picturesque countryside. As is the case with Lone Creek, Horseshoe Falls are also a national monument.

The Long Tom Toboggan
The longest of its kind in Africa, the Long Tom Toboggan covers an astounding
1,7 kilometres. With speeds of up to 45km an hour, this is a breathtaking ride through stunning forested and mountainous scenery. The ride itself is an exhilarating rush
down the mountainside, twisting and turning on the bends of the track and leaving you breathless or terrified, or both! Surrounded by the pretty wildflowers as you plummet through the grassland in warm Lowveld sunshine, this is one experience not to be missed. The toboggan is built on a rail above ground, doing no harm to the fragile ecosystem surrounding it. 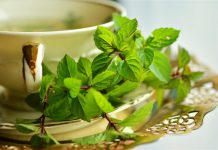 From barely there to dare to shine … in one quick...

16th Apr 2020
We use cookies to ensure that we give you the best experience on our website. If you continue to use this site we will assume that you are happy with it.OkPrivacy policy