Finding yourself in any of these Lowveld ghost towns leaves you with mixed emotions of loss and fascination. The Ferris wheel towering among the overgrowth of a forgotten play park, or a view to the outside world through the broken panes of a blistered sash window, reminds you that people once lived here. Marius Bakkes tells us more.

The fascination soon turns to curiosity. What happened here? Why has everyone left? Where did they go? Does anyone still remember a life once lived at Diepgezet at Msauli Mine, or Vaalhoek on the dust road between Pilgrim’s Rest and the potholes at Bourke’s Luck? I have visited the old cowboy-style mining town of Leydsdorp, dating back from the late 1800s, a number of times over many decades. Sometimes I would find life there, and the next time everything would be gone again. Once, during the ‘80s, I found it quite eerie that the beds in the hotel all remained made, long after it had closed down and everybody left. As dust and spiderwebs were accumulating, a lonesome caretaker on request would unlock the front door and show the few curious visitors around.

The dusky bar and the dining room with the sideboard were still stacked with white porcelain. Nothing was to be touched, as if the innkeeper were to return any minute.

I have been told that the hotel at Leydsdorp is yet again refurbished, the pub open and a proper meal is served in the saloon-style dining room. A similar situation applies at Msauli.
One or two of the old miners’ houses have been restored and now offer lodging to interested guests.

The off-road mapping system, Garmin Tracks For Africa, describes Msauli as nothing short of a ghost town, with barely a breathing soul. A handful of quiet residents make it the ideal hideaway for a peace-seeking recluse.

Abandoned houses, a school, chapel, liquor store and clubhouse lead to lots of speculation about the town’s heyday, a flourishing community with dreams abounding. The still-colourful, but rusty and overgrown merry-go-round invites the sound of children’s laughter from years gone by, while the skateboard rink may still work perfectly after a good sweep of fallen leaves. Loose rocks with reams of asbestos are everywhere. So why not embark on an excursion and drop in at one of these towns? Msauli is on the other side of the Makhonjwa Mountains, south of Barberton. It is reached preferably using a high-clearance vehicle driving down the steep but spectacular dirt road, turning off just before getting to the Swaziland border at Josephsdal.

You will find Vaalhoek on the dirt road pass to Pilgrim’s, and the turn-off to Leydsdorp at Gravelot on the road between Hoedspruit and Tzaneen. Go and discover these lost-in-time gems for yourself. You won’t be disappointed. 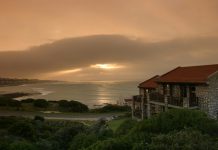 MILKY WAY… If it’s sweet, warm and delicious, we want...

Getting real about money matters after lockdown…

13th Aug 2020
We use cookies to ensure that we give you the best experience on our website. If you continue to use this site we will assume that you are happy with it.OkPrivacy policy