Get it Lowveld
Home People The return to dignity Micropigmentation is not only the application of permanent make-up such as eyebrows, eyeliner and lip colour. Aniska Eksteen helps her clients to minimise and camouflage unsightly post-burn scars, operation scars and natural skin imperfections, all with the inspired use of pigments.

Aniska, the owner of Aniska Skin & Art in Mbombela, started her career after her mom had been severely burnt in the kitchen in 1994 and she met David Lubbe. He created a rejuvenation product that she still keeps in her aesthetic clinic, and is one of her bestsellers. In 1998, after she had attended her international permanent make-up (PMU) training and received her diploma, Aniska registered that this would become a passion. The procedures became very popular and it didn’t take long before she realised it was the right time to open her clinic. She attended conferences and completed numerous master classes, and is a founder board member of PCASA, a PMU regulating body. Apart from working on clients, she also does a lot of training for the Nouveau Contour Company in fundamental PMU master classes, paramedical micropigmentation and microblading.

In 2012 John Mhlanga (not his real name) walked into her clinic, a patient of doctor André van Schalkwyk. John had been severely burnt with acid and consequently had lost one eye, his lips and nose were deformed, part of his ear had been eaten away and the hairline on his skull was severely damaged. He had to undergo a lot of facial reconstruction procedures, skin transplants and grafting, which caused a difference in the colour of various parts of his face. The scars were not only physical; emotionally he was broken and he had no self-confidence as people would openly stare at him.

“When I met John I realised this is not going to be a simple once-off procedure, but a process, and a very costly one at that. I did the first procedure and with his second visit, I told him that this one is on me. And so we started this journey together. “In the beginning, John was really angry at the world and along with the work that I did on his face and skin, it took a lot of positive energy to help him recover. I always complimented him on his improvement, and it was wonderful to watch the way that he started to believe in his own healing,” Aniska says.

The work on John’s face was done over time and in different layers till the desired colour was achieved. The last treatment was done in 2018. According to her, his lips were the most challenging, as he still had to have several reconstructive surgeries on his lips and nose. Aniska finally managed to give him a brand-new lip line, with much better definition.

As a result of the acid burns, John’s skin was very thin and that made the treatment quite difficult. She solved the problem with an Environ microneedle derma roller and sent him home with it. The next obstacle was his beard that still came out in patches, causing the skin to tear. This was addressed with a hair removal laser and only then could she start to micropigmentate that area. One of the uses of paramedical micropigmentation is to help create the illusion of a lifelike nipple areola for women who have had breast reconstruction after a mastectomy. For Aniska the contentment and satisfaction of her clients is a huge reward. She laughs and says in a way you have to be an excellent listener, as a lot of clients confide in her while she is busy with a procedure. “But what happens in Vegas stays in Vegas,” she smiles.

The process of giving John his dignity back meant a lot to Aniska. It took so much work, patience and endurance that the end result made her incredibly happy. “Sometimes it was frustrating, just when I finished perfecting one of his scars, he went for another surgical procedure. I once joked with him and told him he should not bring me any new scars and he just said, ‘I know that whatever new scar they cause; you will fix it.’

“The day that I will always remember is when John walked into the clinic and I could immediately see that his whole body language had changed. That day he thanked me, and said he could go back to church as he is now able to take off his hat when he enters it. The improvement of the skin on his scalp made it possible, as people no longer stared at him in an embarrassing way. That made me extremely humble and I realised that seeing the smile that I had helped put back on his face, as well as the way that he had grown over time, is worth so much more than all the money in the world.” 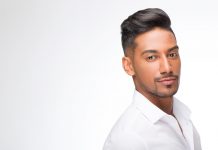 5th May 2020
We use cookies to ensure that we give you the best experience on our website. If you continue to use this site we will assume that you are happy with it.OkPrivacy policy