Get it Lowveld
Home People Women in health This Women’s Month the dream team behind Elan Healthstyle tell us what’s it all about.

Having known each other and worked together as associates for a number of years, it was a natural progression for Carike Camphor and Allison Blair to join forces. The pair sparked a
keen interest in each other’s work acumen and approach to health, and initially used to
joke about having their own practice. Neither was unhappy, but both felt that something
was missing in the conventional approach to health and wellness. This is known as integrative medicine, and is a fairly new concept to the medical field. Patients are tired of the traditional blanket approach, and want more value. Allison’s focus began to shift and started to centre on aesthetic procedures, and she soon realised that when her patients got their physical confidence back, they also wanted to feel better, causing her to investigate the concept of antiageing and integrative medicine. Carike, who has always had a soft spot for children, found that as a result of her focus on child health, her direction started to incorporate moms and antenatal medicine. When an opportunity to go on their own presented itself in 2018, they were apprehensive but leapt at the chance. Starting from scratch wasn’t easy, especially with the added nightmare of renovating and decorating, and the odd criticism they occasionally face simply spurs them on to improve even more.

With this positive approach, their venture has flourished, and Elan Healthstyle now not only
incorporates Allison and Carike, but a team of physiotherapists, led by Dirkie Coomans.
Because there wasn’t a practice in Mbombela that focused specifically on women’s health, the duo wanted to create a space where women are not judged, but understood. With  Allison’s interest in non-invasive cosmetic procedures and Carike’s keen interest in children’s health, including antenatal, the focus towards women’s health was a natural development. Women are complicated, our health changes as we age. Different health screenings are more prudent at some times than others and women often feel scared to discuss these with doctors – not to mention hormonal health! Also, sexual health is very seldom properly addressed in mainstream medicine. Elan Healthstyle encompasses all of the above – a woman can come and have her wrinkles taken care of with her annual screening and other health woes. In a nutshell, made by women, for women. 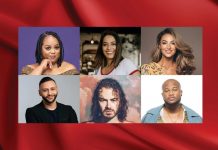 Dad, his first hero and her first love

7th Oct 2021
We use cookies to ensure that we give you the best experience on our website. If you continue to use this site we will assume that you are happy with it.OkPrivacy policy