Nestled in the lush green valley of Kiepersol, 15 kilometres from Hazyview, is a beautiful macadamia farm called New Nola Farms. It wasn’t always a macadamia farm – the story begins 68 years ago.

Joyce Tucker, who recently celebrated her 90th birthday, arrived on the farm as a newly married 22-year-old. Joyce grew up in Grahamstown in the Eastern Cape, where she completed her schooling and went to work at the telephone exchange. In 1953, a friend
introduced Joyce to Noel Tucker, who had recently graduated from Rhodes University with a BCom. The pair dated for a year before getting married in Grahamstown, after which they moved to the Lowveld to begin the greatest adventure of their lives.

Noel was born with retinitis pigmentosa, a rare degenerative eye disease that causes severe vision impairment. His father was concerned that although he was extremely
capable, he would not be happy in a big business environment or living in a bustling city, so in 1954 he bought the farm in Kiepersol. The change was a shock to the young couple.
“They were accustomed to city life, and they suddenly had to adapt to living in a raw, rural farming area overnight,” explains Janine Tucker, Joyce’s daughter-in-law. “It wasn’t a well-established farm. There were no telephone lines, only a party line, no tar roads, and no security around the property at all. Life was not easy.”

When they first arrived, the main crop was pineapples, and the couple tried experimenting with potatoes, beans, carrots and avocado trees. They finally settled on bananas and soon the entire farm was planted with them. “They were the first family to get a 4×4 vehicle in the area, so Sunday afternoon entertainment was to tow tourists and neighbours out of
the mud on the ‘main road’!” Janine laughs at the memory. “Noel loved farming and Joyce loved gardening, and to this day her pride and joy is her beautiful garden.”

A year after arriving on the farm, in 1955, the couple’s first child, Lynda, was born. In  1957, Patricia, their second daughter arrived, and four years later, John was born. Lynda raised her family in Nelspruit and Patricia lived and worked in Johannesburg for many years, while John studied and worked in Durban, where he met Janine. Eventually, all three children returned to the farm to make their homes, knowing that their children and grandchildren could enjoy the idyllic life they themselves had had growing up.

As the farm grew, Noel put an advert in Farmer’s Weekly and a young man who had just finished his army conscription answered. “He applied for the job as he loved the outdoors and was a keen sportsman, and could not see himself sitting behind a desk all day,” Janine says. “He got the job and began working for Noel in 1970, becoming his right-hand man. Now a part of the family, Trevor Smith has been the farm manager for 52 years! Not many people can say that they have lived, worked and raised their family in the same place for 52 years.”

In 1974, a big change took place, and the family decided to plant macadamia trees among the bananas. Janine explains that as soon as the trees were big enough, they pulled all the
bananas out. “The farm is now 100% macadamias. There are still a quite few avocado trees around the property,” she adds, “but they are for family and friends to enjoy!” In 1994, Noel was diagnosed with kidney failure, and he passed away in 1995. “He was an
amazing man who never let the lack of eyesight stop him from doing anything. He never walked with a stick and never owned an aid dog, and he ran the farm with ease. He is sorely missed by everyone, but especially by Joyce, who was his ‘eyes’ for all of their
married life,” she smiles.

On February 25, Joyce turned 90. This grand occasion was celebrated on her beautiful front lawn with her children, grandchildren and great-grandchildren. “Just before her birthday,
her two great-granddaughters, Jordyn and Tayla, interviewed her on camera about her life,” Janine laughs. “The one question they asked was, ‘What is your favourite holiday destination, and if you could go anywhere today, where would it be?’ She answered, ‘I don’t
want to travel, but if I could, I would love to see my brother and sister. I love them both so much and I don’t know if I’ll ever see them again’.”

Joyce knew that her two nephews were flying up from Cape Town for her birthday, so she was sitting in the sun waiting for the car to arrive from the airport. “The look on her face when her brother, Neville, stepped out of the car was unforgettable! It made her weekend extra special. The only person missing was her sister, Dulcy (94), who lives in East London and was unable to attend,” adds Janine. This was a one-in-a-million birthday party to celebrate an exceptional mother, grandmother, and great-grandmother, and everyone, from the very smallest great-granddaughter to the oldest daughter, enjoyed every moment of it! 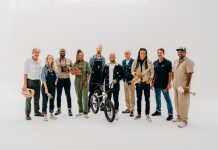 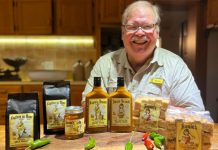 2nd Mar 2020
We use cookies to ensure that we give you the best experience on our website. If you continue to use this site we will assume that you are happy with it.OkPrivacy policy