Go on a Heritage Day road trip and explore the beauty and culture of Zululand where this holiday was first celebrated when it was still known as ‘Shaka Day’.

“This movement is about travelling with patience, taking the time to explore and engage in one’s surroundings fully,” says Dickson.

Learn more about the isiZulu culture, visit a sangoma, taste home-brewed umqombothi, or to watch traditional dancing at any one of these traditional villages: Shakaland, Veyane Cultural Village, and Dumazulu.

Elephants, turtles and everything in between

Hluhluwe-Imfolozi, Phinda, Mkuze, Tembe Elephant Park and Ithala are some of the top game reserves that are home to all the members of the Big Five.

At Tembe Elephant Park, visitors can witness some of Africa’s large tuskers and
embark on day trips to Kosi Bay. The beach is one of the few places in the country
to track Leatherback and Loggerhead turtles when they come ashore to lay their eggs
from October to February.

Jozini Dam on the Pongola River also provides a rather dramatic doorway into
Mozambique. Together with Lake Sibaya and Lake St Lucia, it forms part of the three
main lake destinations to visit within the region.

“The surrounding reserves of Jozini forms a protected area of more than 30,000
hectares. It’s a game-viewing by boat and tiger-fishing mecca that flies very much
under the radar from tourists,” adds Dickson.

Visitors can also self-drive along the N2 through the iSimangaliso Wetland Park – a World Heritage Site home to crocodiles, hippos and flamingos, as well as the rare Pel’s fishing owl, and South Africa’s only breeding population of pink-backed pelicans. 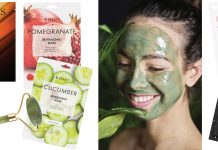 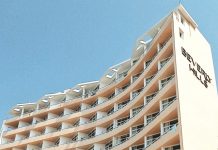 Get the ultimate Halloween look…

A taste of normal…

11th Jun 2020
We use cookies to ensure that we give you the best experience on our website. If you continue to use this site we will assume that you are happy with it.OkPrivacy policy