Pieter-Dirk Uys and Evita “face off” on stage together for the first time ever in South African history as #HeTwo comes to the Elizabeth Sneddon Theatre from 19 – 24 November.

In 1981 a woman appeared out of the dressing room of the Market Theatre, stepped onto the stage and smiled. Virtually before she even gave her name, she was a legend. Mrs Evita Bezuidenhout was presented to the audience, the nation and the world. She is still going stronger than ever. No longer a recognised Nationalist as she was during those years of Apartheid rule, she is now a member of the African National Congress, secure in her Luthuli House kitchen where she cooks for reconciliation.

For nearly forty years she has had to tolerate the impersonation of her by a local actor. She tried to sue him for libel; she swore never to allow him into her life and yet, now in the 25th year of her democracy, she will be on the stage with Pieter-Dirk Uys at the same time.

The question to PDU was always: why this female character of Evita? There are many answers. When he started impersonating her in 1978, it was illegal to have an opinion about anything political, so maybe an Afrikaans woman with an NP husband could spill the beans. The fact that she was portrayed by a man dressed as a woman when cross-dressing was also illegal, could force the edge of the envelope. Or maybe that she was there for only one reason: to eventually make Nelson Mandela laugh. And she did. They met and he laughed. She also embraced Archbishop Desmond Tutu who also laughed. She posed with countless legends and South Africans, black and white, laughed – with relief.

Evita Bezuidenhout will always be ten years older than Pieter-Dirk Uys. He seems to be catching up. His Darling venue, Evita se Perron, has been going for 23 years, established as a recognised international tourist destination and local satirical Stonehenge. Who would have thought that Tannie Evita would become a farce to be reckoned with, to be hailed and celebrated as the most famous white woman in South Africa?

And now as a member of the ANC, sharing her weekly comments on YouTube and Daily Maverick about the state of her nation, where her Evita’s Free Speech, now past its 200th episode, has gathered supporters from all the corners of the globe? Her 140,000 Twitter followers are not just, as she thinks, in the same prison outside Rustenburg.

Now in 2019, for the first time, she and her ageing impersonator will confront each other face to face. There can only be one winner. 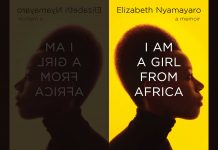 A weekend to nourish mind, body and soul…

31st Mar 2020
We use cookies to ensure that we give you the best experience on our website. If you continue to use this site we will assume that you are happy with it.OkPrivacy policy